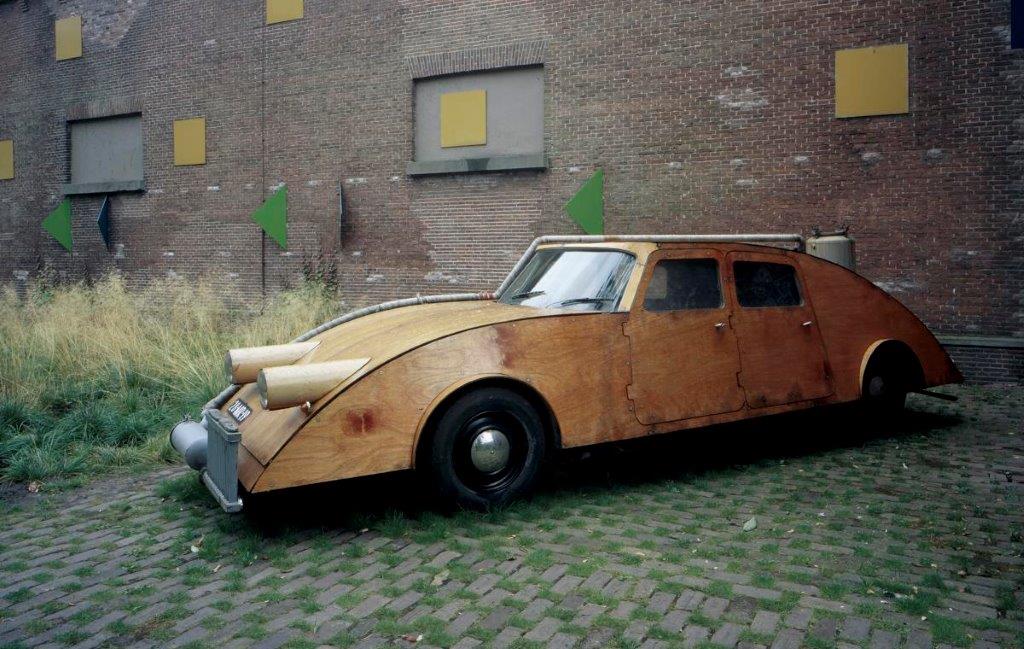 In 2001 artist Joost Conijn (b. 1971) created Hout Auto (Wood Car) (fig. 23.1) from the base of a Citroën DS, building the chassis from plywood and installing a wood-burning apparatus that powered the engine instead of gas. In 2002 the artist drove Hout Auto through fifteen countries in Europe, collecting wood along the way and documenting his journey on video. The artwork comprises the car and the video, which is on a DVD. (The master version is preserved on mini DVCAM.)

One of the crucial questions behind its conservation strategy was whether to interpret the vehicle as a kinetic artwork or as a motionless relic. Possible approaches toward the work’s preservation were discussed with the artist and with a panel of professionals from various disciplines. These discussions, which resulted in the decision to preserve the vehicle as a static sculpture, brought new insights to different analytical approaches.